The first of these is an animation of the development of the South Atlantic Ocean to accompany an invited paper in the Journal of African Earth Sciences. The animation may be viewed and downloaded here but is subject to revision during the review process.

The second animation attempts to describe dynamically the evolution of the ocean around southern Africa as a result of the activity of the Bouvet mantle plume.  A provisional animation is available at the link here. 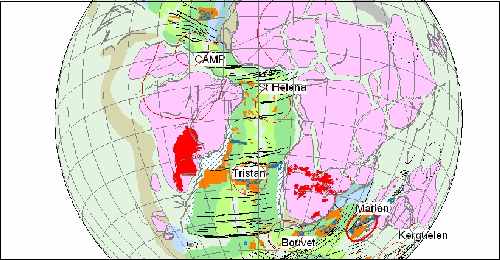