An international project to produce a new geological map of Gondwana - a successor to the de Wit et al. map from1988 - has received the support of Unesco and the IUGS under the name The Gondwana Map Project– the geological map and the tectonic evolution of Gondwana. It has IGCP Project No. 628. The project starts in 2013, has a five year duration and is led by Professor Ranata Schmitt at the University of Rio de Janiero. All those who wish to join with Earthworks in contributing to this project are invited to contact Colin Reeves directly. An excerpt from the full project proposal follows...

The project 'aims to update the Gondwana Map of de Wit with an approach of the 21st century. Since 1988, the geological data for the regions concerned have improved incredibly in the wake of new geochronological laboratories and investigative methodologies. Thorough airborne geophysical reconnaissance has been extended across most parts of the constituent continents. A new GIS data-base is planned, with a dynamic digital process that will allow the construction not just an improved Gondwana Map but also a wide variety of maps showing the evolution of this supercontinent. Geophysical advances at continental margins and oceanic floors, the modelling of the restoration with new software and the analysis of satellite imagery permits scientifically rigorous reconstruction of Gondwana. The main products will be: (a) a new Gondwana Map and sets of thematic maps showing its evolution through time; (b) a website providing to all the geological data taken into the project at the Gondwana Digital Center of Geoprocessing (GDCG); (c) three complete book volumes about Gondwana; (d) new detailed geology of key areas for correlation; (e) an interactive 4-D GIS of Gondwana  (f) creation of a permanent exposition at the Gondwana Memory Center (GMC), in South America, with specimens representative of all parts of Gondwana'. 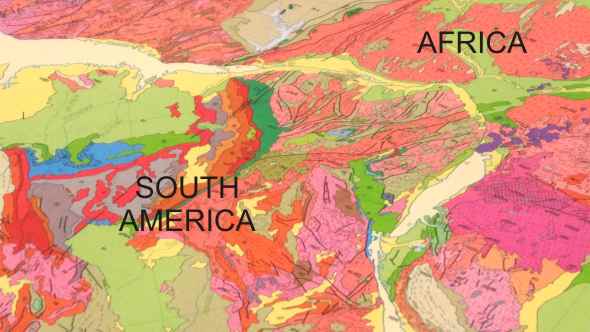