Building a working model of Gondwana dispersion has reached a new horizon.  A paper summarising many of the results from the past years of work on understanding the Indian Ocean has been accepted for publication and should appear in a Special Publication of the Geological Society later this year.  The rotation parameters for achiveing the fit and the relative movements of Africa, Antarctica and India over time are included in the paper. A key contribution in the last 12 months has been the new understanding that has come from introducing mid-ocean ridges into the model, moving at half the angular velocity of their conjugate coasts.

On the one hand, this shows the precision with which mid-ocean ridges are central and self-replicating over time. On the other hand, when ridge jumps occur it has proved possible to understand the restrictions provided by the record of fracture zones on the ocean floor on just how this can have happened in each case. Contrary to what some authors still (attempt to) publish, there is little room left for 'blue sky' thinking in the geometric evolution of the oceans. A new animation illustrating the latest model with fracture zones, mid-ocean ridges and the output of large igneous provinces is in preparation and will be posted on the Gondwana page of this website very soon. 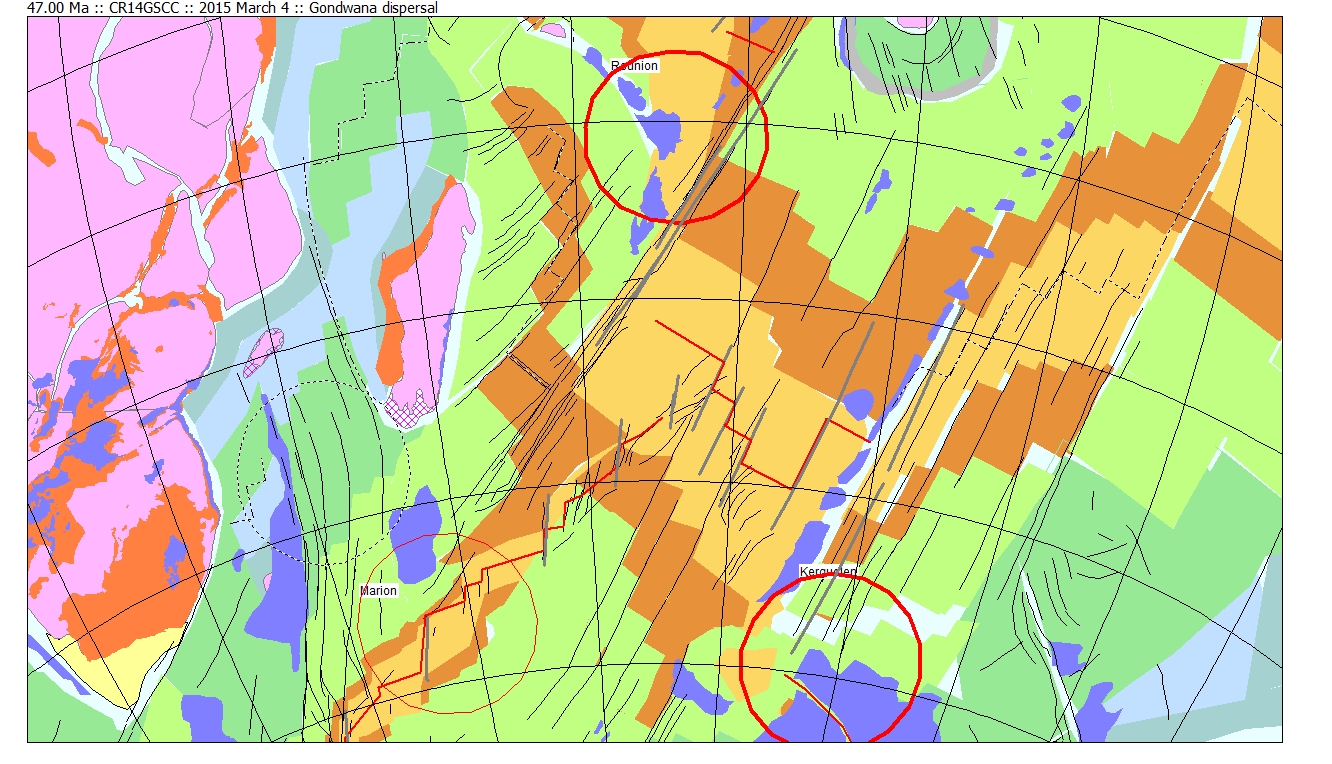