Gravity at Sea, Then and Now

A celebration of the pioneering marine gravity work of  Dutch geophysicist Professor F.A. Vening Meinesz more than 80 years ago was recently held in Delft. The symposium took place in the Mekelzaal of the Science Centre in Delft (space formerly occupied by the mineralogical museum) and was organised by the Hollandse Cirkel, an organisation dedicated to the history of geodesy in The Netherlands.

In cooperation with the Royal Netherlands Navy, a journey was made by submarine K-18 from Holland to Indonesia in 1935 by way of Brazil, Cape Town, Mauritius and Perth. Using his specially-developed pendulum apparatus - displayed at the meeting - Vening Meinesz made 260 gravity measurements at a depth of 20 metres below the sea-surface while 'silent cruising'. These readings contributed greatly to early knowledge of the variation of gravity with latitude and the shape of the geoid. Most geophysicists will remember the large negative anomalies south of Indonesia discovered during this work which led eventually to the identification of subduction zones. Amongst the many speakers, including some from the present-day Navy, Professor Ramon Hanssen (Geodesy, TU Delft) outlined the history of Dutch involvement with gravity meaurements, from the work of Corret de Groot (in 1586 - before the work of Galileo) to the achievements of the latest satellites of the European Space Agency that has its scientific headquarters in Holland. It is perhaps typical of this country and its tendency always to keep a low profile that the geophysical contribution of Professor Vening Meinesz is better-known internationally than nationally. Hopefully the November 10 Symposium will help redress the balance.  A model of the submarine K-18 is shown in the picture. 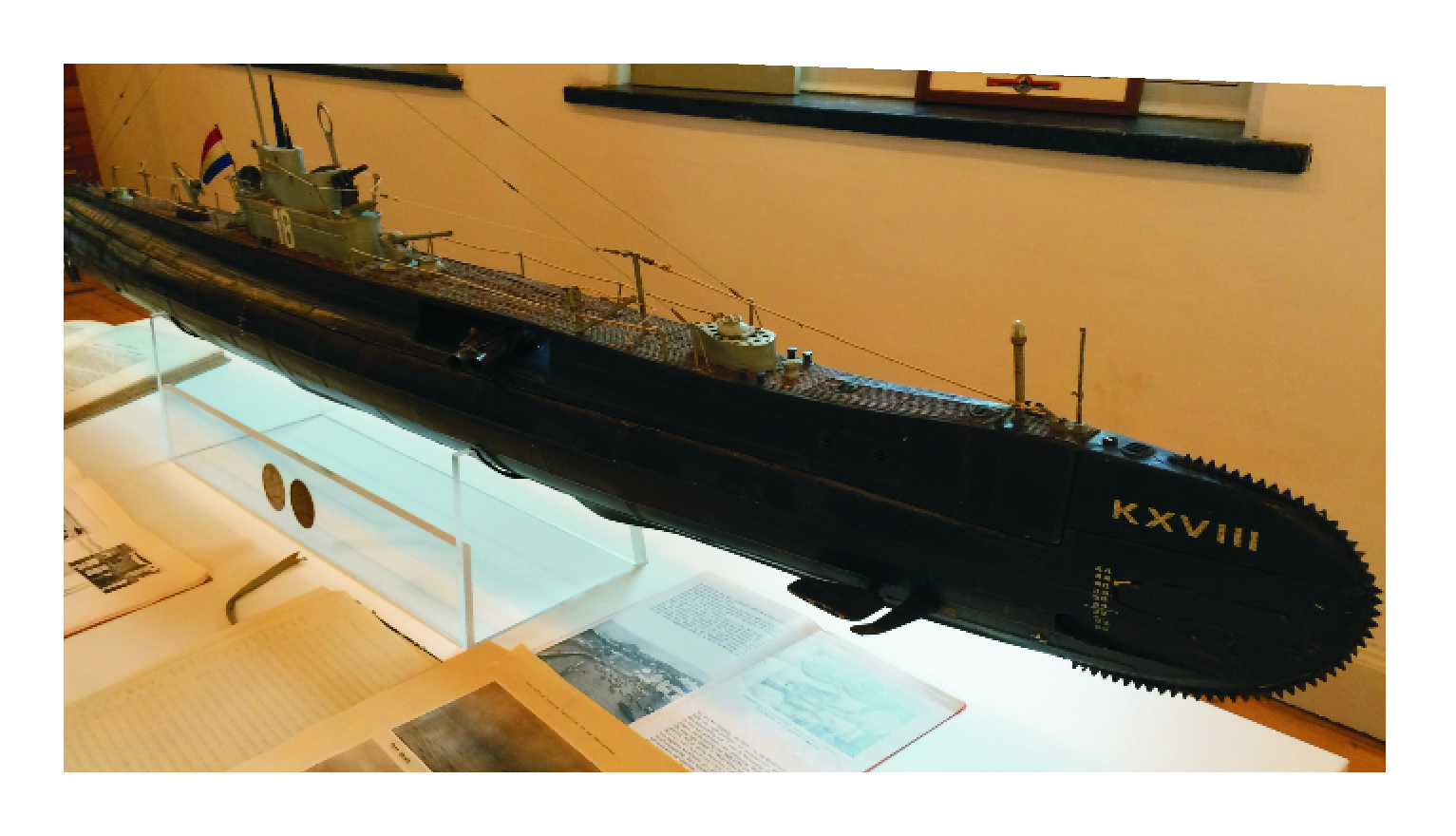