Every three years, those with scientific interests in the geology common to all parts of Gondwana meet to discuss developments.  In November 2017 it was the turn of Bangkok and the Thai Department of Mineral Resources to host the meeting of 300 participants from 20 countries at a convenient downtown location. Talks were spread over four days and addressed many aspects from geodynamics to palaeontology but with an emphasis on the terranes that were early-leavers of Gondwana, migrating north to form what is now SE Asia while the core of Gondwana remained intact.

It was a time to meet up with many old colleagues.  The picture shows Colin Reeves with former ITC student Simplicio Caluyong (Philippines), now working with the Coordiation Committee for Geoscience Programmes in East and Southeast Asia (CCOP). In the background is the pre-final edition of the new geological map of Gondwana that attracted a great deal of attention.  Thanks to Simplicio for sending the picture. 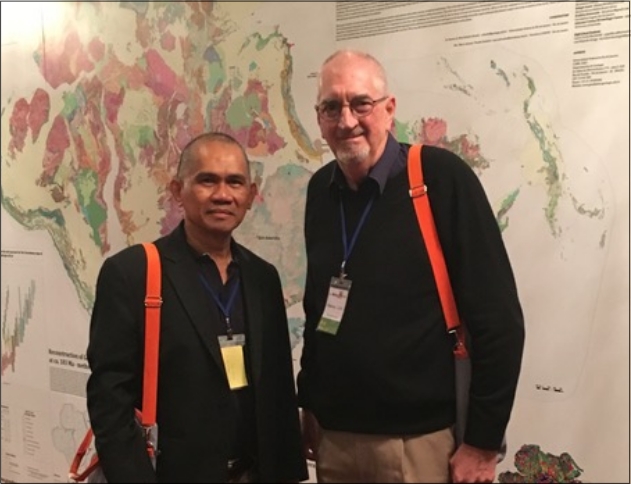