Project IGCP-628 - the Geological Map of Gondwana - nears completion.  A workshop to review the remaining issues and discuss the path to completion was held at the State University of Rio de Janiero (UFRJ) March 19-21.

In additon to the resident project team, the workshop was attended by victor Ramos from Argentina, David McCarthy from the UK, Giancarlo Scardia from Brazil and Colin Reeves.  The fit of the southernmost parts of South America against southern Africa and Antarctica remains the most difficult issue with various competing lines of evidence still failing to find consensus.  A new project to focus on these issues is being formulated.  The picture shows Colin with some of the projest team in the Gondwana GIS laboratory at UFRJ at the end of the meeting, with team leader Professor Renata Schmitt on the left. 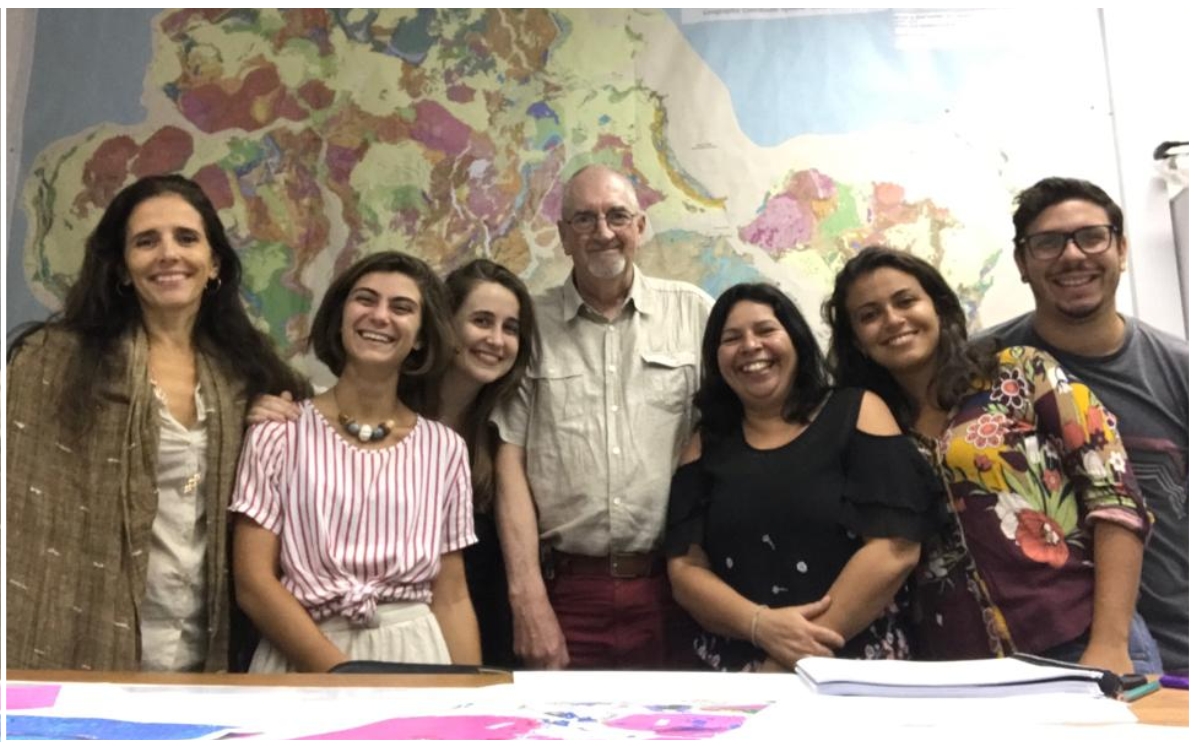